Preservation Rhinoplasty for a Deviated Nose 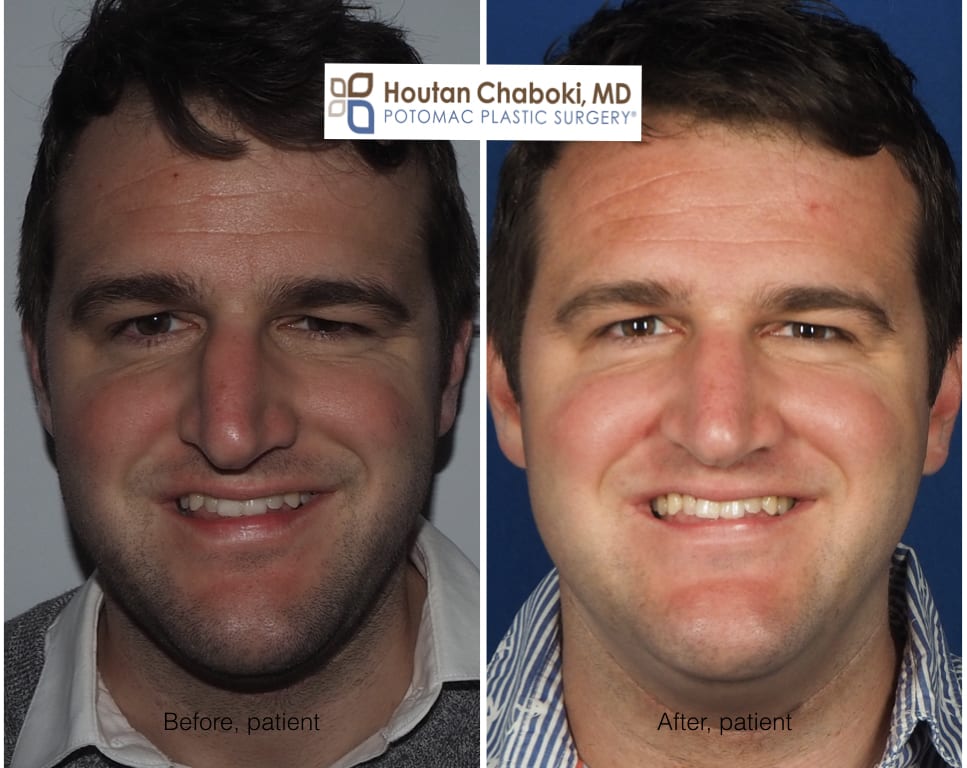 Rhinoplasty is often considered to make a nose smaller. Plastic surgeons, however, generally consider rhinoplasty to balance the appearance of the nose with the face. Enhancing symmetry can help improve this balance and proportion.

Patients complaing of body asymmetry is common in a plastic surgeon’s office, as everyones eyes, breasts, and nose are asymmetric. A variable degree of asymmetry is normal and expected, especially of the nose. Being in the central part of the face, the nose is susceptible to growth disparities of various facial components during development. In addition, the nose is also vulnerable to injury as it sits away from the face.

Read more about preservation rhinoplasty in our blog.

A crooked or deviated nose has many causes. The most common is a deviated nasal septum, the wall of cartilage and bone that separates the nose into a right and left side. While septoplasty is required to improve the nasal airway for patients with a deviated septum, a rhinoplasty is often required to improve the external asymmetry of patients with a deviated septum. Routine septoplasty alone is usually insufficient to treat a twisted, crooked, or deviated nose. Plastic surgeons will modify the nasal bones during rhinoplasty surgery in order to straighten a crooked nose.

Read more about deviated septum surgery in our blog.

Nasal bone reshaping and modification involves osteotomy. Osteotomy is performed to modify the bone. Typically reasons for osteotomy include:

Have you considered rhinoplasty for a deviated nose? Contact the office and see if you’re a candidate for preservation rhinoplasty.

2 Responses to Preservation Rhinoplasty for a Deviated Nose