Rhinoplasty and Septoplasty for Bone Spur 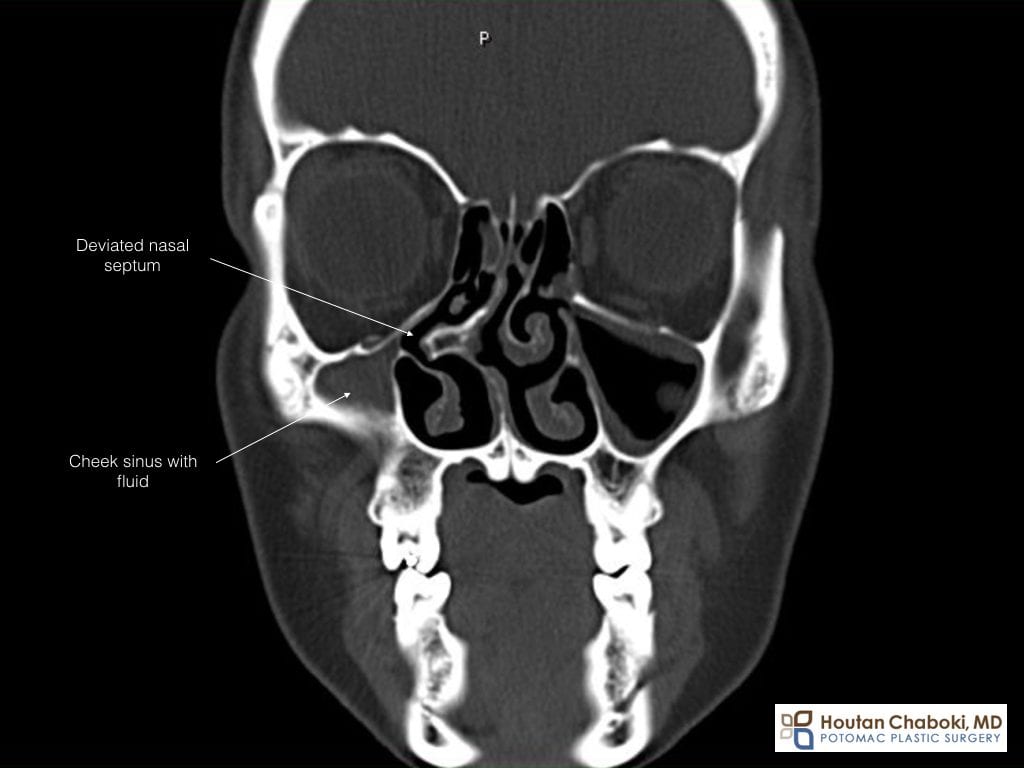 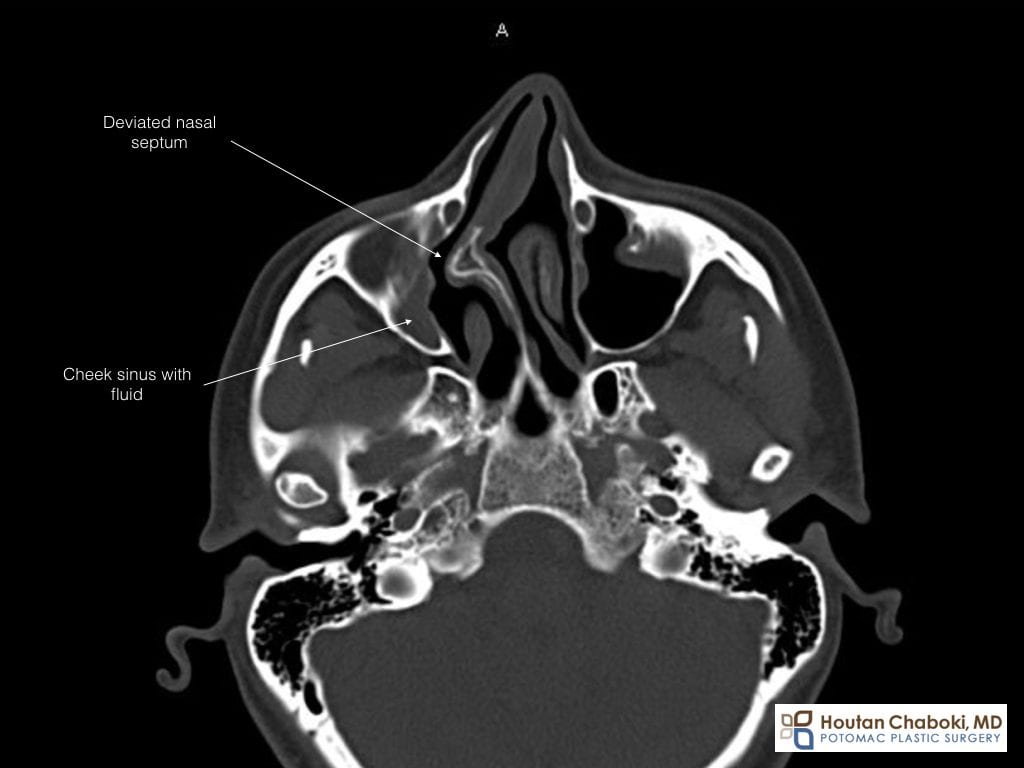 Dr. Chaboki, a board certified facial plastic surgeon, treated the following Washington DC rhinoplasty patient recently. The patient had prolonged, obstructed breathing that did not respond to allergy treatments, such as antihistamines, saline sprays, or steroid medications. Consultation with Dr. Chaboki revealed a significant deviated nasal septum with a large bone spur. In addition, the patient had blocked sinuses due to the severe septal deviation.

This particular patient had developed this bone spur naturally without prior trauma. While a deviated septum or twisted nose can occur with broken noses, a bone spur can occur on its own too. 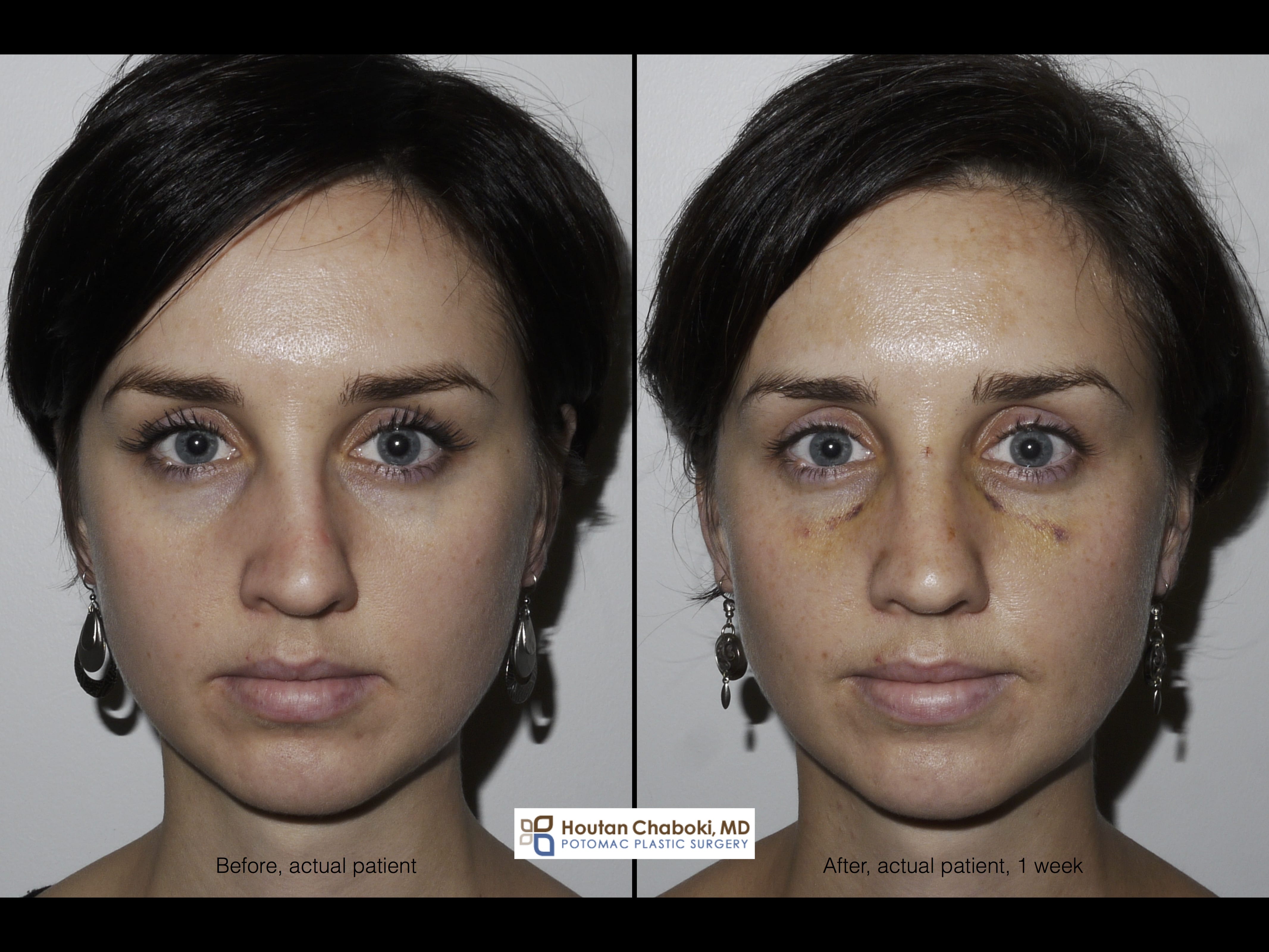 Before and one week after rhinoplasty surgery.