The Frontalis Muscle in Plastic Surgery 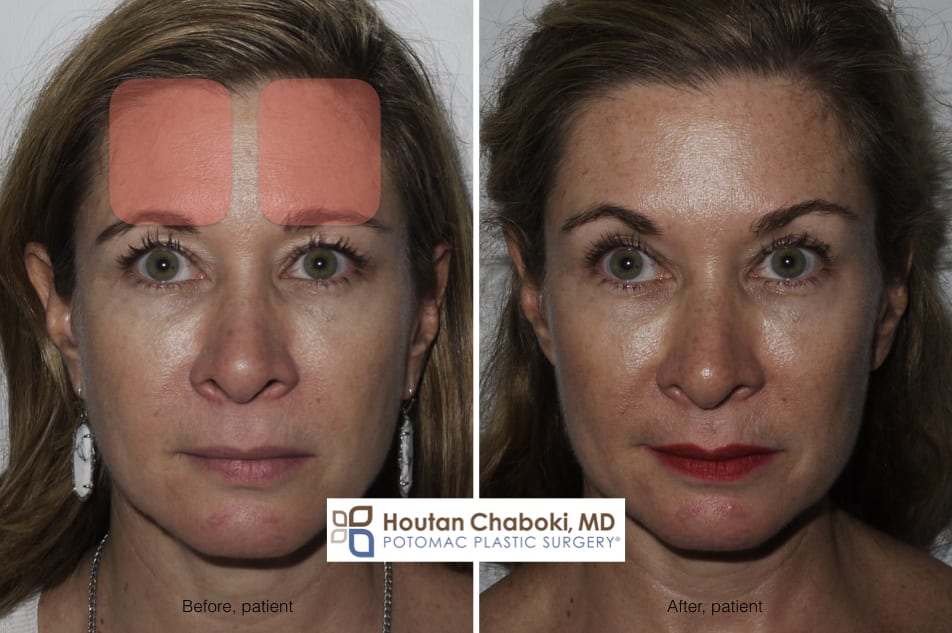 Patients who complain of forehead lines are common in a facial cosmetic surgery practice. There are many reasons why one may have these wrinkles. Patients may have spent too much time in the sun and developed wrinkles gradually occur over time from sun damage. Others may have droopy or heavy eyebrows with muscle tension. Genetics also plays in role in the appearance of forehead wrinkles. As with many aspects of plastic surgery, anatomic considerations are very important.

One anatomic aspect of facial procedures that plastic surgeons consider is the frontalis muscle.

What is the frontalis muscle?

Approximate location of frontalis muscle in pink. Before and after nonsurgical brow lift with Botox injection by Dr. Chaboki.

The frontalis muscle is located in the forehead. It typically extends from the hairline to the upper eye brow. There are two muscles, one on each side of the forehead, with a central gap in-between. This forehead muscle blends with the other muscles in-between the eyebrows and nose, including the orbicularis oculi, corrugator, and procerus muscles. The frontalis muscle elevates the eyebrow and is involved with expression.

What is the role of the frontalis muscle in facial plastic surgery? 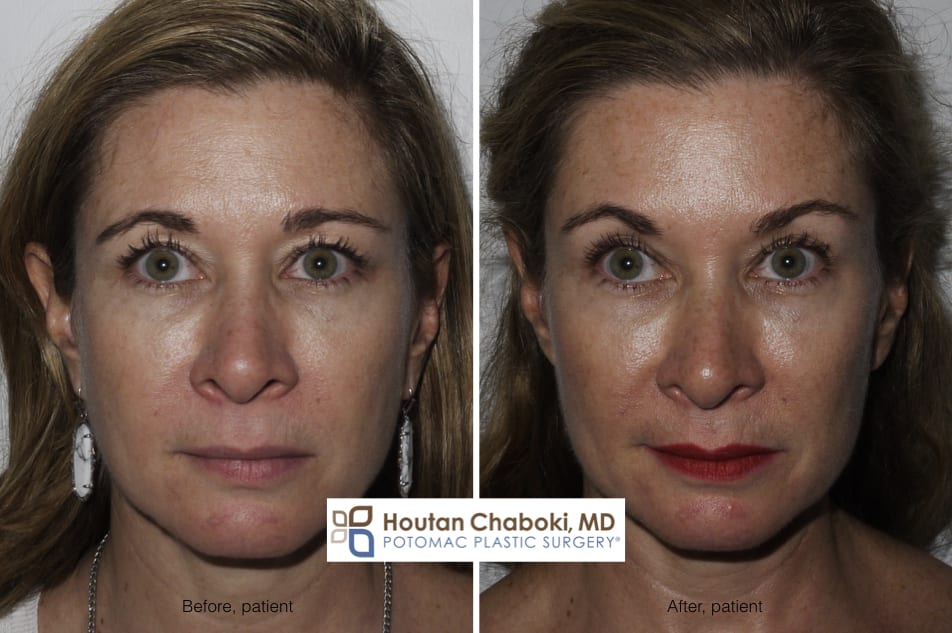 Before and after nonsurgical brow lift with Botox injection by Dr. Chaboki.

Surgery is often not the first option for forehead wrinkles, even in a facial plastic surgeon’s office. A hyperactive or tense frontalis muscle can be temporarily relaxed with wrinkle relaxers, such as Botox®, Xeomin®, or Dysport® injections. These muscle relaxers help smooth the skin. Anywhere from approximately 5-20 units of Botox (or equivalent dosage in Dysport and Xeomin) may be given to relax the frontalis muscle and improve the appearance of the face. Wrinkle relaxers can be given before and/or after brow surgery or facelift surgery as appropriate.

Facial fillers, very popular for under eye bags and the cheeks, have also be used in the forehead. Fillers such as Belotero® can help fill in creases and folds of the forehead. Temporal hollow, on the sides of the forehead, can also be treated with office liquid lift treatments. Results with fillers in this region last about a year. 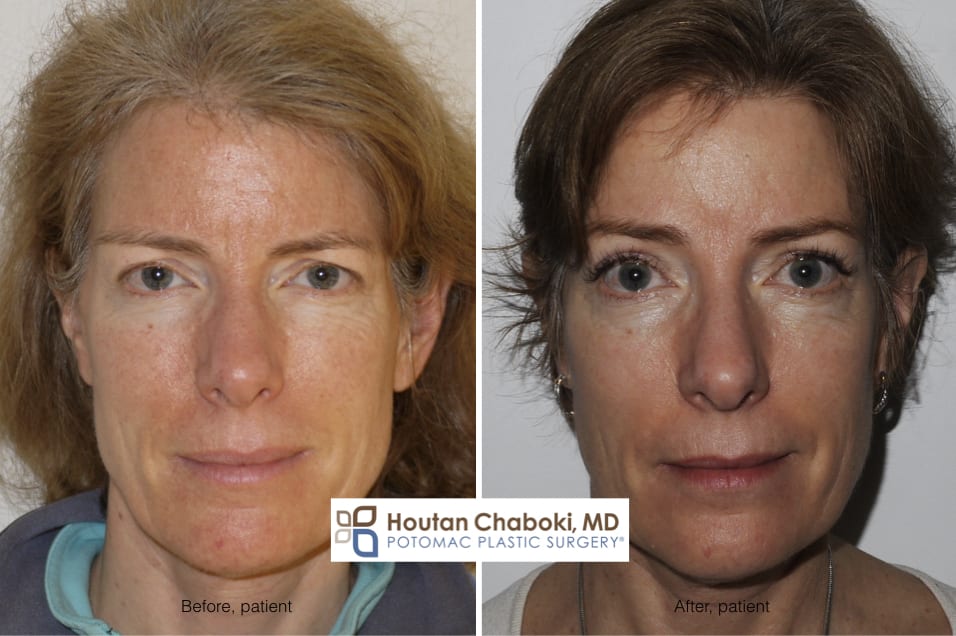 Before and after an upper blepharoplasty (eyelid surgery) and limited incision brow lift surgery.

Plastic surgery is a common approach to enhance the forehead. Brow lift surgery can be performed alone or combined with other procedures such as upper and lower eyelid surgery for an enhanced appearance.

Read more about forehead procedures in our blog.:

Have your considered cosmetic surgery? Contact the office to schedule a consultation.