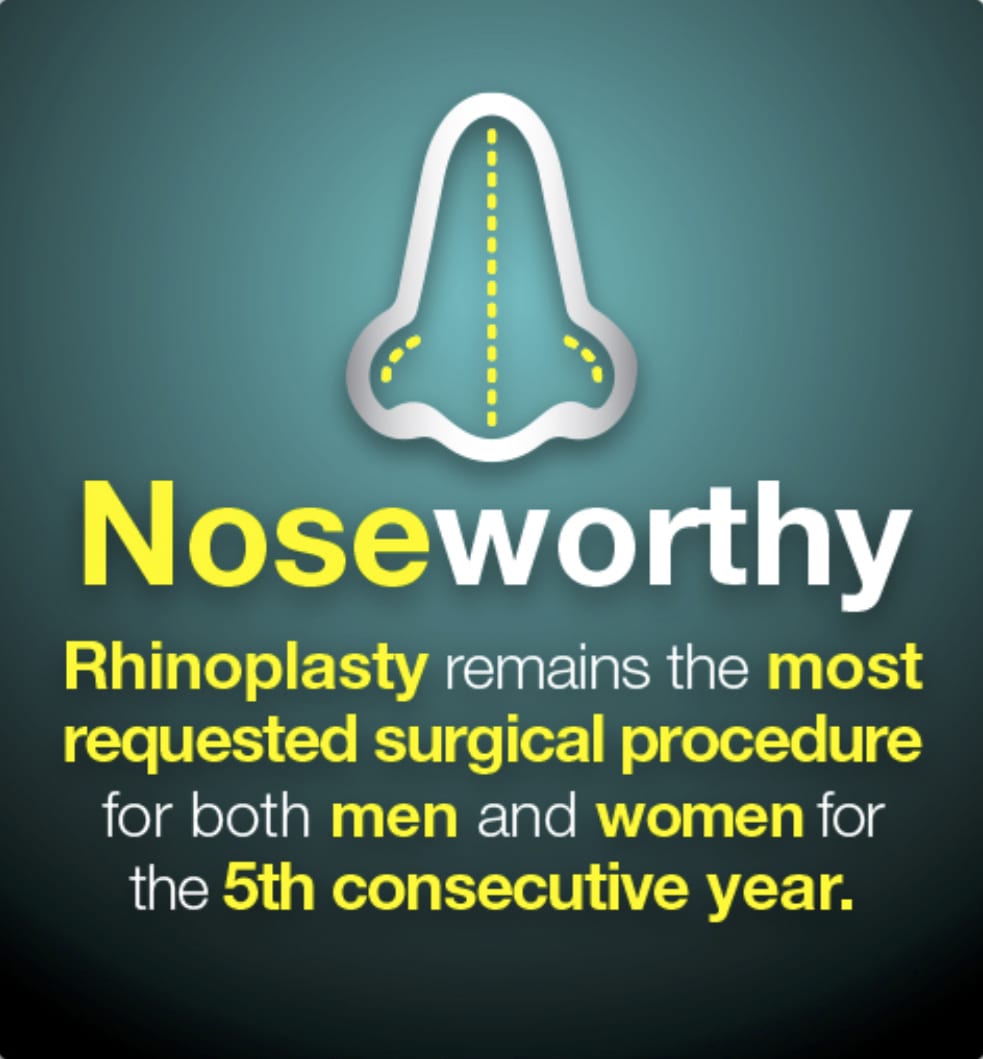 The nose wins! And the nose will likely continue to win in facial plastic surgery for the foreseeable future. This 2015 survey was performed by the American Academy of Facial Plastic and Reconstructive Surgery of its members, board certified surgeons who specialize in plastic surgery of the face, head, and neck.

The nose is a key area of focus for many men and women. A large nasal bump or bulbous/droopy tip are the most common aesthetic reasons to have rhinoplasty surgery. Unlike facelift surgery, rhinoplasty is commonly performed for a broad age range (ie. 18 to 80) of both male and female patients.