Augmenting the Root of the Nose to Improve Profile in Rhinoplasty 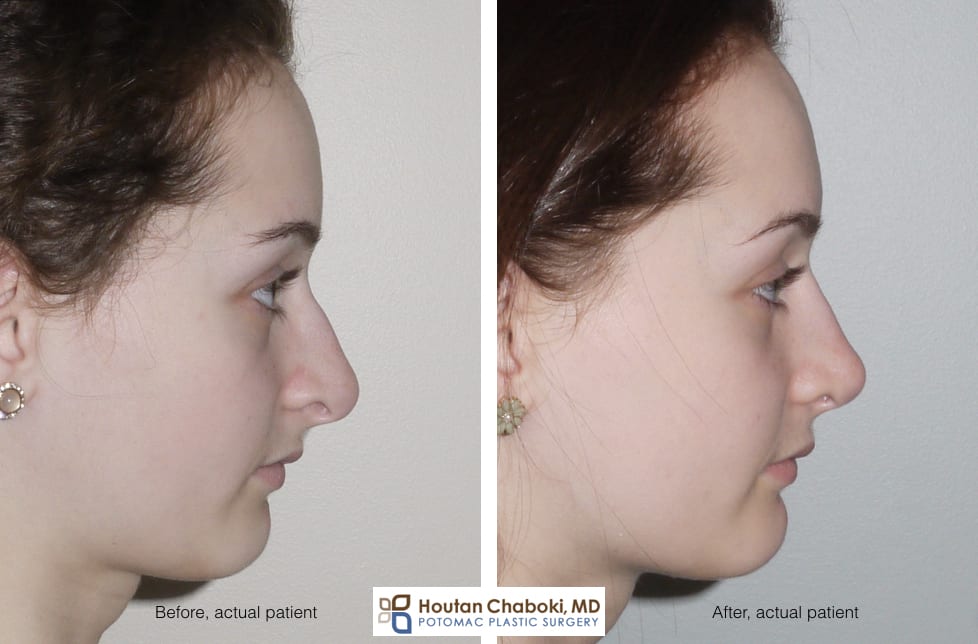 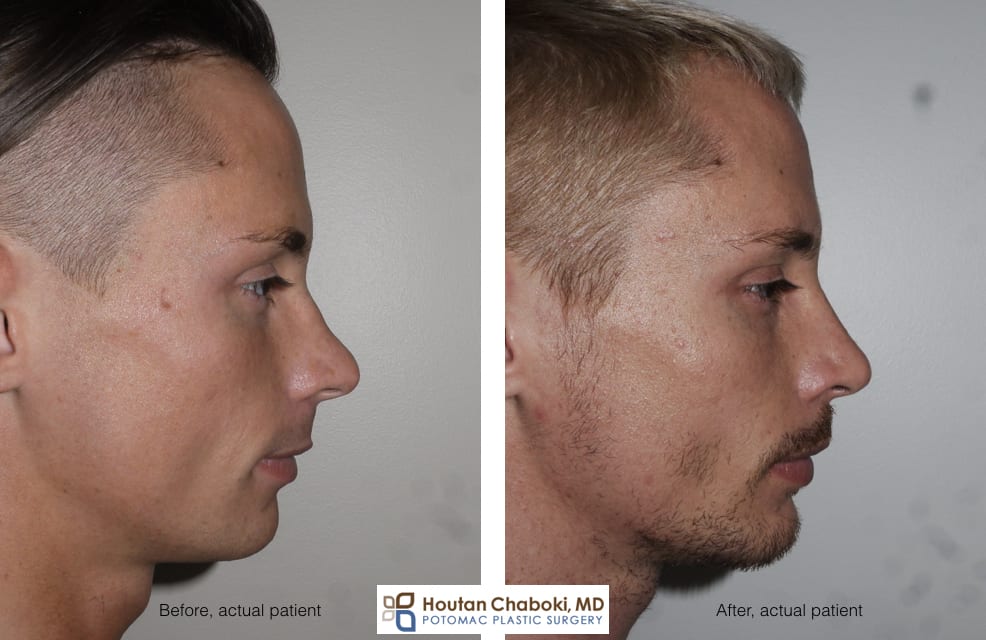 Before and after closed rhinoplasty. Profile improved with radix graft, in addition to bump reduction and nasal tip modification. Patient also had chin augmentation with silicone implant.

One of the most common request among rhinoplasty patients is to improve the profile. Often a bump is reduced to improve the side profile. However, building or augmenting the root of the nose, also referred to as the radix, is performed in some rhinoplasty procedures as part of improving the side profile. While some patients just want a smaller nose, the nose should become “bigger” in certain cases in order to achieve natural results and to maintain normal nasal function.

The goal of rhinoplasty is not necessarily to make a nose smaller, but rather more proportional and draw less attention. – Houtan Chaboki, MD

What is the radix?

A deep or low radix can make a nasal bump appear more prominent or contribute to a pseudohump. As a result, augmenting the radix may be suggested during rhinoplasty consultation as part of reducing the prominence of the bump and improving the profile.

How is the radix augmented to improve profile?

Each rhinoplasty procedure is unique, and building the root of the nose can be performed in isolation or part of a more complex rhinoplasty procedure. Generally, the radix is augmented with your own tissue during rhinoplasty. Cartilage is the most common material used by plastic surgeons, but alternatives such as soft tissue or fascia from behind the ear or scalp may also utilized. Radix grafts can be placed via closed or open rhinoplasty.

Before and after closed rhinoplasty. Profile improved with radix graft, in addition to bump reduction and nasal tip modification. 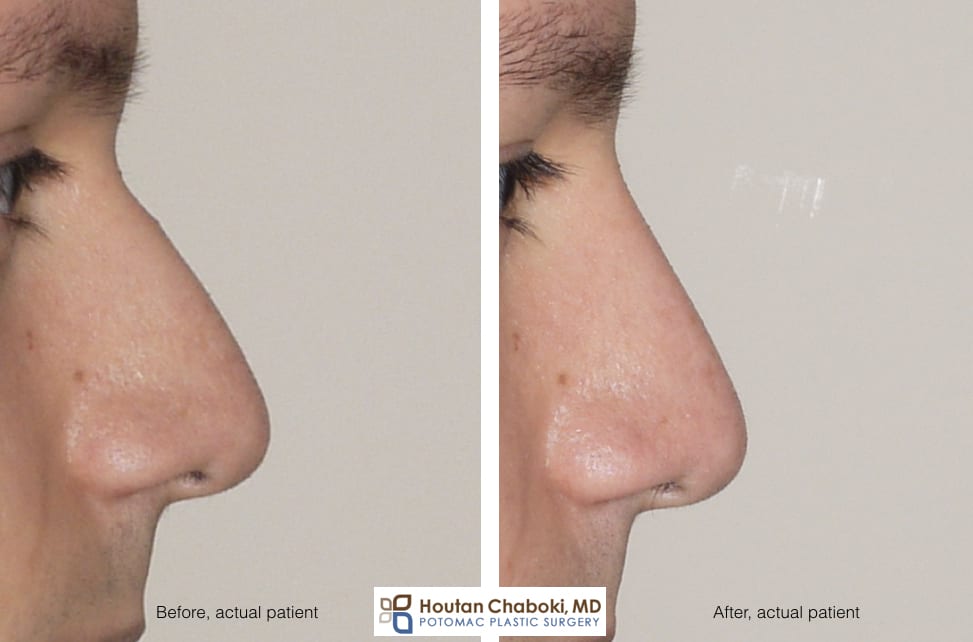 Before and after non-surgical rhinoplasty with Restylane®. The profile was improved by augmenting the radix alone, thus reducing the relative appearance of the nasal bump.

Can the profile be improved without radix augmentation?

Some patients just need the bump reduced, while others need the nasal tip lifted to improve the profile. However, for patients with a very low or deep radix, just reducing the bump is typically inappropriate and can more likely lead to an over resected nose with unnatural results.

The decision of which specific maneuvers will be performed during rhinoplasty is reviewed between the patient and surgeon in the office during consultation. Patients and rhinoplasty surgeons will have their own preferences, which come to a mutually determined agreement prior to surgery. Computer simulation can help patients decide if radix augmentation is appropriate.

Do you want to improve the nasal profile with rhinoplasty? Ask your plastic surgeon if radix augmentation is an option for you. Share your thoughts below.